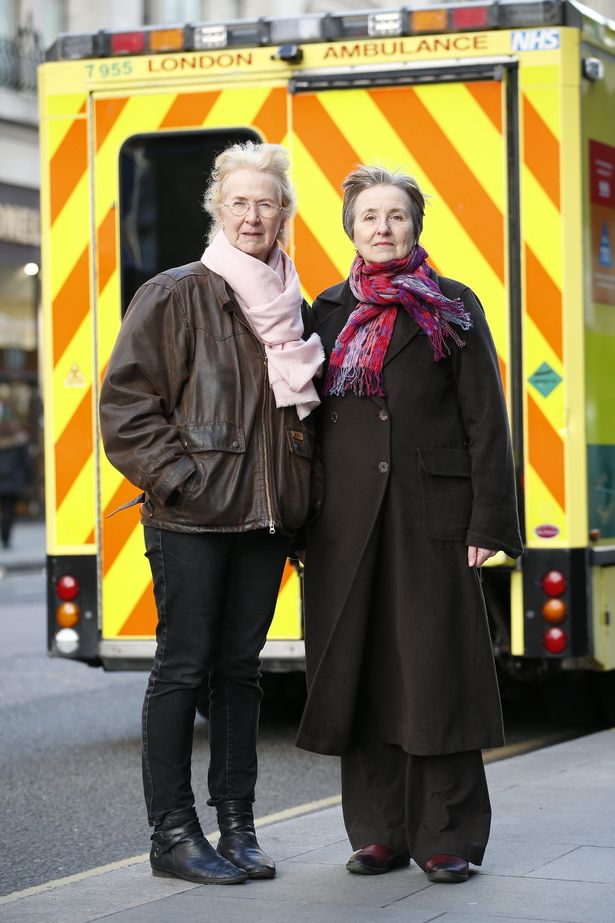 Top doctors and nurses today urge the British public to save the NHS from being “finished off” by the Tories over the next five years.

The Mirror is publishing two open letters from more than 1,000 leading medics outlining the devastation from a decade of Conservative misrule.

Nurses say they are terrified at the thought of another five years of Tory government, while doctors warn the health service will not survive in its current form if Boris Johnson ends up back in No10 on Friday.

Some of the nation’s top doctors insist another five years of underfunding, privatisation and short-staffing will “finish it off”.

Meanwhile, the nurses accuse the Tories of holding the health service, its staff and patients “in contempt”.

The doctors’ letter urging voters not to vote Tory had last night been signed by 1,122 within 24 hours.

It comes with the health service on life support after a decade of austerity and with US pharmaceutical firms circling. Record low NHS funding increases have resulted in record long waiting times and an exodus of staff.

Doctors said: “We believe we now must come out fighting for the NHS.”

The Mirror also received an open letter signed by more than 150 nurses pleading with the public to help them as they struggle to maintain care while there are 43,000 unfilled posts.

Nurses said: “Since 2010, untold damage has been done to NHS services by the Tories. Funding was slashed, privatisation allowed to run rampant, and hardworking NHS staff have been driven into the ground.”

A&E delays are at a record high, with one in six people not seen within the four-hour target time, which is expected to be abandoned for ever if the Tories are re-elected.

More than 4.4 million people are waiting for a routine operation or procedure and a staffing exodus has left more than 100,000 vacancies.

Targets for treating cancer patients within 62 days of referral has not been met in more than five years.

One London-based nurse told the Mirror: “We do not have enough nurses, there are days when I care for double the amount of patients and every time I end up in tears at some point as I feel so guilty I cannot give the best care to them.

“Some days I think maybe it would be best if I left nursing altogether.”

Historically the NHS has needed annual budget increases of around 4% to maintain standards of care and upgrade equipment. The system is now crumbling after rises fell closer to 1% for much of the past decade.

The Conservatives are sticking to former PM Theresa May’s plan to increase the NHS England budget by £20.5billion by 2024, with average annual increases of 3.4%.

Labour has promised both that figure and a further £6billion, with increases averaging 3.9%.

Independent experts believe budget increases of 3.5% are needed just to maintain care for an older, sicker population. They say increases of 4% to 4.5% would be needed to reverse the damage done and bring down waiting time.

The doctors’ letter, co-sponsored by consultant radiologist Dr Davis and GP and activist Dr Irvine, is backed by medical heavyweights including Prof Neena Modi, the former president of the Royal College of Paediatrics and Child Health.

The NHS now “buys in” more services than ever before from private companies, pouring away a fifth of its budget in to profit-making firms.

It still gets some of the world’s lowest drug prices due to its collective bargaining power.

But Labour warns the Conservatives could give this away in a post-Brexit trade deal with the US.

The Tories have also pledged 50,000 more nurses, but have faced ridicule after it emerged they hoped that 18,500 of the “extra” nurses were due to come from dissuading staff from leaving.

No extra money has been promised to increase their salaries.

The only extra funding pledged is to cover training. Currently around 35,700 nurses quit the NHS every year and no significant plans have been put in place to stop this happening. The dodgy pledge also relies on a hope that 12,000 nurses will be recruited from overseas despite tighter immigration rules.

Labour has said it will employ 24,000 more nurses and vows to spend more overall than the Tories on the NHS. It is promising a 5% pay rise for all public sector workers from next year if elected.

A Tory spokeswoman said: “The nurses, doctors and other staff in our NHS work incredibly hard, and we need to do everything we can to support them.”

Posted by mediaadmin at 3:08 PM