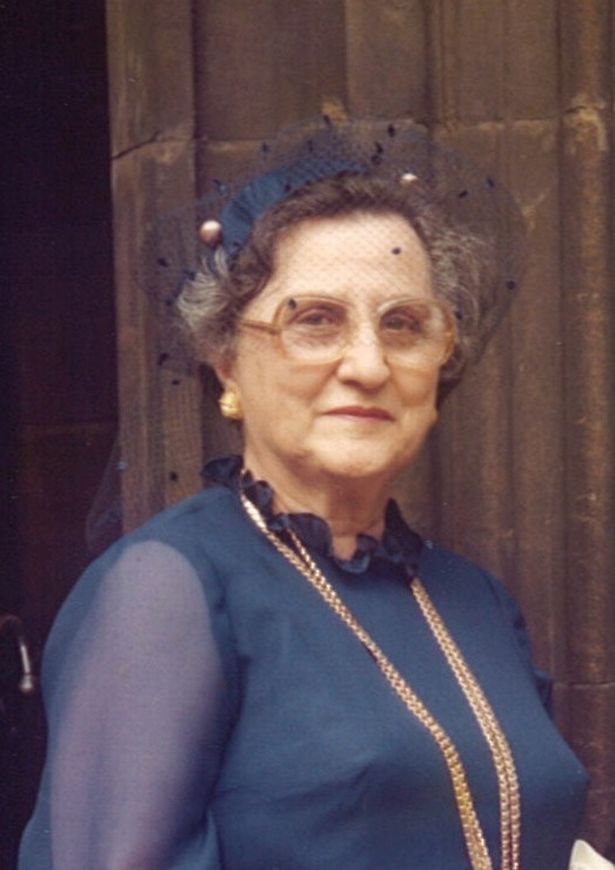 A jewelry thief has been jailed for life for murdering two pensioners in their own homes in a retrial more than 20 years after their deaths.

Michael Weir, 53, brutally battered war veteran Leonard Harris, 78, and mother-of-three Rose Seferian, 83, during burglaries in 1998 – leaving them both for dead.

During the attacks, Weir stole a signet ring and gold watch from Mr Harris and ripped diamond rings from Ms Seferian's fingers.

The two deaths were not linked at the time after police failed to match Weir's palm print to one recovered from the Harris home in 1998.

Weir was convicted of Mr Harris's murder, burglary and the attack on Mrs Harris in 1999 but his conviction was quashed by the Court of Appeal on a technicality in 2000.

He was tried for Ms Seferian's killing after new forensic evidence came to light, and re-tried for Mr Harris' murder following a change to the double jeopardy law.

A jury at the Old Bailey found him guilty of both murders on November 14 this year.

Jailing Weir for life with a minimum term of 30 years on Monday, Mrs Justice McGowan said: "For the families, it's impossible to understand the extent of their grief but it is not difficult to understand their sense of loss and outrage.

"You killed their parents, they died terrified – killed for items of jewellery."

The pensioner was found by an estate agent, calling for help from the communal landing, while his wife, who suffered from dementia, lay badly hurt on the floor of the bedroom.

An 18-carat gold Zenith watch that Mr Harris had taken from a German soldier during the Second World War and his gold ring were missing.

Three days after the attack, police found a palm print on the bedroom door but missed the match to the defendant at the time because a comparative print was not the best quality, the jury heard.

Prosecutor Tom Little QC said the evidence of the print "definitely" put Weir in the victim's flat, right by the scene of the attack on Mrs Harris.

DNA testing, not available in 1998, later also linked Weir to the crime scene.

A blood scraping from the internal hallway revealed DNA belonging to both Mrs Harris and the defendant.

A glove stained with blood was found on a grass verge outside the flat and also found to have the defendant's DNA on it.

Weeks after the first assault, Ms Seferian was set upon in the three-bedroom flat in Kensington, west London, that she shared with her son and two daughters.

On March 5 1998, Weir violently assaulted her in her bedroom when she was home alone and stole rings and cash.

The jewellery included a gold wedding ring with her husband's initials and the date of their marriage engraved on it, a diamond solitaire gold ring, and a silver diamond ring.

Ms Seferian managed to raise the alarm and her son found her covered in blood and "almost unrecognisable" from her injuries.

A palm print was recovered from inside Ms Seferian's flat on a window frame where Weir broke in but it was not matched to the defendant until 2017.

By 2018, the new DNA evidence in the Harris murder had been obtained and the palm prints from both scenes had been matched to the defendant.

In his evidence, labourer Weir admitted he had a long history of stealing to get money for drugs.

But he denied ever being at Mr Harris's East Finchley flat or Ms Seferian's Kensington home and provided no explanation for the forensic evidence.

On being arrested for the murders 19 years later, he said he felt "angry and upset".

The jury was not told of Weir's previous conviction over Mr Harris's death or the circumstances of his retrial.

Following the verdict, Justice McGowan told jurors they had "made legal history".

They were told the first case against Weir for Mr Harris's murder was built on DNA erroneously kept on the police database.

The original trial judge had ruled it was admissible but that decision was overturned by appeal judges and Weir's conviction was quashed.

The Crown Prosecution Service (CPS) missed a deadline to appeal to the House of Lords by a day.

But the Lords later found that, in a similar case as well as Weir's, the original decision to admit the DNA was correct.

Weir was charged again over Mr Harris's death due to a change in the double jeopardy law in 2005.

The Weir case is believed to be a legal first of a defendant convicted twice for the same offence, following an acquittal in the Court of Appeal.

It is also unique because he faced a second murder charge in addition to the original murder.

Jill Harris, Mr and Mrs Harris daughter-in-law, said the family felt "let down by the criminal justice system" for the errors that saw Weir's first conviction quashed and the CPS's failure to make an appeal in time.

She said her husband Frank had suffered a stroke that doctors believed was linked to the stress of the retrial process.

Sona Seferian, Ms Seferian's daughter, said in a statement on behalf of her siblings: "The defendant has been allowed to get on with his life for 21 years, our wound is still sore and it has never healed.

"We all know death will strike at some point but not in such a horrific and senseless way."

She added the family were "grateful" to finally get justice for their mother.

Posted by mediaadmin at 9:09 PM