New Video Shows Police Slamming A Man's Head Into His Own Car After He Was Mistaken For Stealing It. He Later Died. 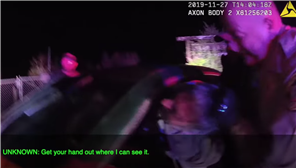 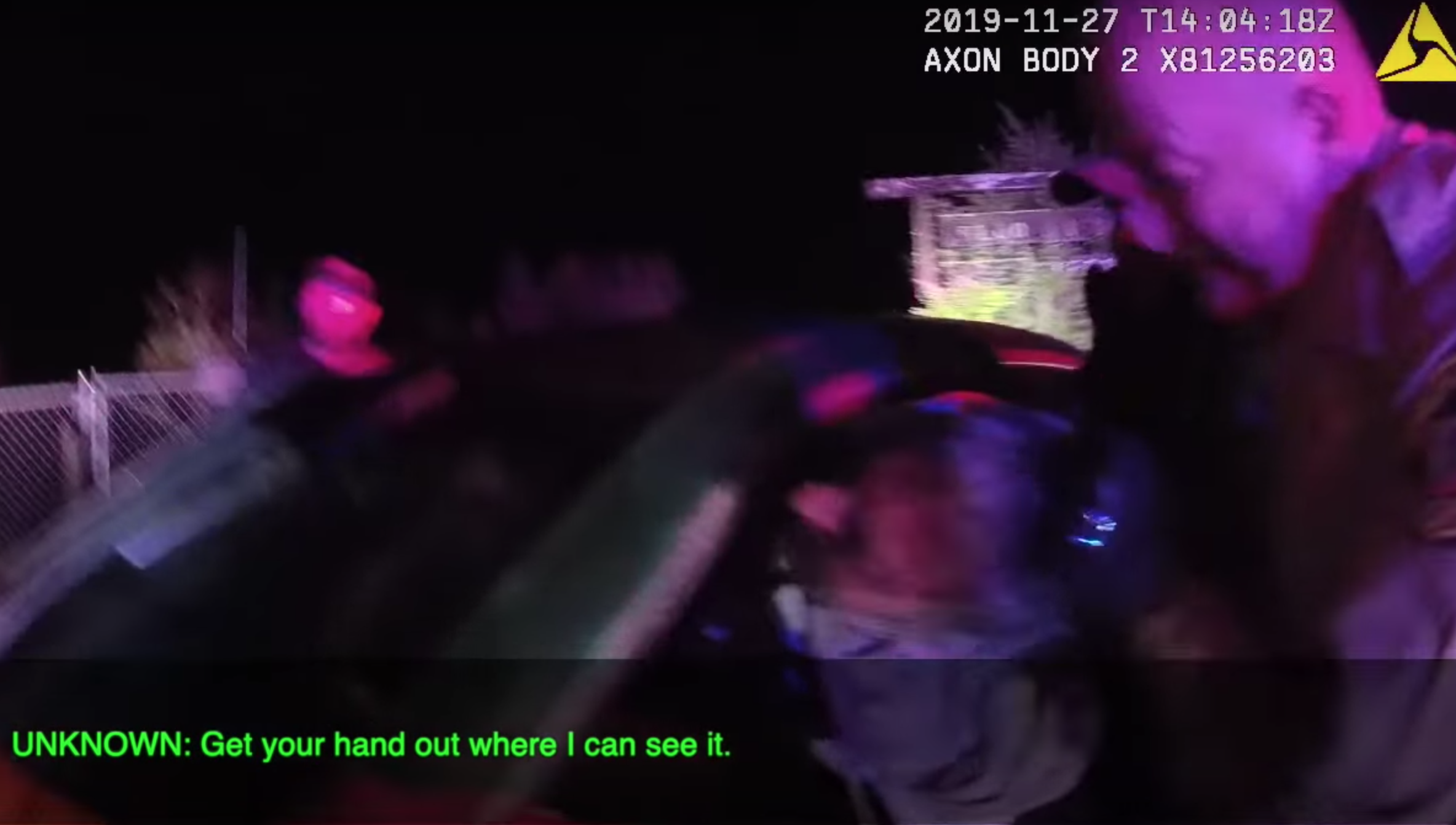 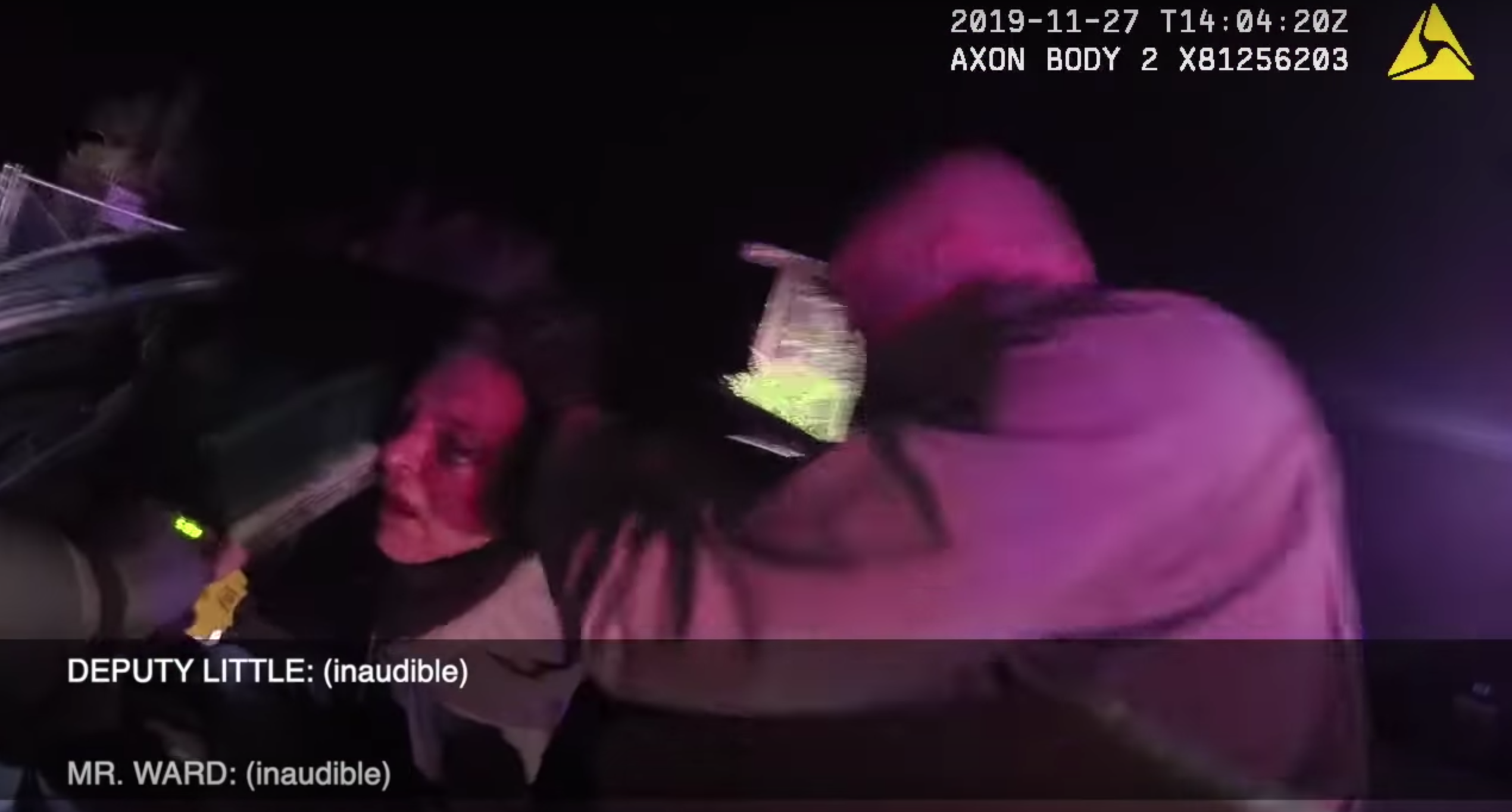 California police on Friday released new video showing a deputy sheriff slamming a man’s head into his own car, then putting him in a sleeper hold, after wrongly suspecting him of stealing his own vehicle. The man died.

“The way Deputy Blount handles the entire situation is extremely troubling,” Essick says. “As a result, I have served Deputy Blount a notice of termination.”

David Glen Ward, 52, told police that his car — a green Honda Civic — was stolen, but didn’t update authorities when he got it back. Three days after me made the report, around 5:40 a.m. on Nov. 27, sheriff’s deputies got a call from Santa Rosa police that the stolen car was spotted on the road.

Deputy Jason Little initially pulled the car over, but Ward sped away, leading police on a 5 mile chase. Two police officers joined in, and Ward came to a stop when Little rammed his car.

Footage from Little’s body cam shows him standing behind his open door, gun drawn, ordering Ward to show his hands — but Ward sped off again. Little told dispatchers that Ward refused to show his hands and was reaching toward his waist.

Little eventually stopped Ward again with a pit maneuver — where a fleeing car can be hit from the back side and forced to turn sideways.

“Show me your fucking hands!” Little yelled after jumping out of the car with his gun drawn on Ward.

When Deputy Blount arrived, he tried to open the driver’s side door and, finding it locked, told Ward to use one hand to unlock it. After a few tries it remained locked, and Ward rolled down the window.

“I can’t believe this, I’m the injured party in this,” Ward said. “Why you fucking harassing me all the time?”

“Give me your hands, give me your fucking hands,” Blount said as he began attempting to pull Ward from the car through the window. “Get him the fuck out of the car.”

“My legs, my legs,” Ward yelled as the deputies wrangled him from the car, noting that his leg was pinned under the steering wheel.

Blount pulled Ward halfway out of the car, then smashes his head against the driver’s side door frame. Little tased Ward twice.

Blount then put Ward in a carotid restraint, which places pressure on a person’s carotid artery and causes them to lose consciousness. Some police officers do this to subdue a person.

Little instructed a police officer to break the passenger side window and open the door. The officers pulled Ward from the car and lay him on the ground, where they handcuff him.

“Is he conscious?” Blount asked.

“No, we need medical, man, get medical,” Little said.

Another deputy rolled Ward over on his side and shook him, yelling at him to wake up.

“He’s not conscious,” Little repeated. “If no pulse, start CPR.”

They said Ward was breathing again and continued checking his pockets for weapons. Blount told deputies to keep monitoring his breathing. When Blount and Little inspected the car, Little said “he had a knife.”

Another deputy, Nick Jax, appeared and told Little who Ward is.

“This is the owner of this car. That’s David Ward,” Jax said.

“Then why did he run?” Little asked.

“I have no idea why he ran,” Jax said. “He had no reason to run. But I was out with him earlier, like two hours ago, at his house.”

“The car wasn’t here at the time,” Jax said. “Obviously he, somehow, he made contact with the guy and got it.”

“Start CPR on him,” Blount said. A deputy administered CPR.

Ward was later declared dead after being taken to the hospital. His cause of death is still under investigation by the Marin County Coroner’s Office.

Blount, who had been with the Sonoma County Sheriff’s Department for 19 years, was placed on administrative leave following the incident, Essick said.

“Frankly, Mr. Ward caused his own death by inexplicably taking a number of bizarre actions that confirmed in the deputies’ minds that he was an armed car-jacker, rather than the victim of that crime,” Stern said in a statement to BuzzFeed News.

“It is my understanding that the medical evidence will show that Mr. Ward had a serious pre-existing condition and had methamphetamine in his system – most significantly, there were no indications of trauma to his neck,” Stern said.

No evidence has been released to indicate that Ward was under the influence of drugs or alcohol at the time of his death.

Ward was in “poor health” and had a heart condition and trouble walking, family members told the Press Democrat. His mother, Ernie Ward, said he used an oxygen tank and often need a wheelchair after a drunk driver hit him about 20 years ago.

“He had a hard time breathing and it’s hard to imagine him having even the energy or force to aggressively avoid an arrest,” his half-sister, Catherine Aguilera, told the Democrat.

Posted by mediaadmin at 6:09 PM