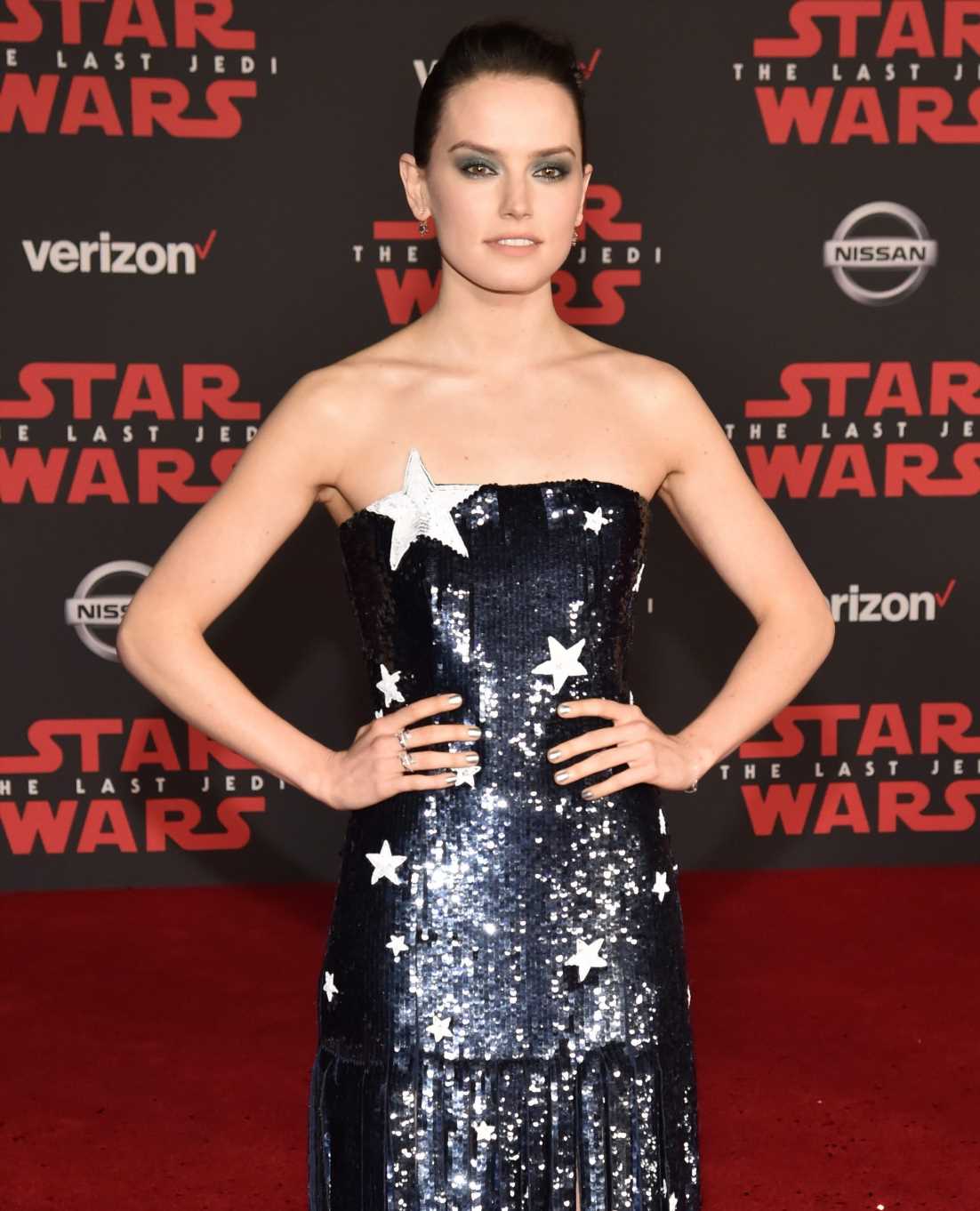 STAR Wars beauty Daisy Ridley was left so terrified by stalkers after finding global fame with the film franchise that she had therapy.

The actress, who reprises her role as freedom fighter Rey in The Rise Of Skywalker, in cinemas this week, says she was struck with “utter fear” after being targeted. 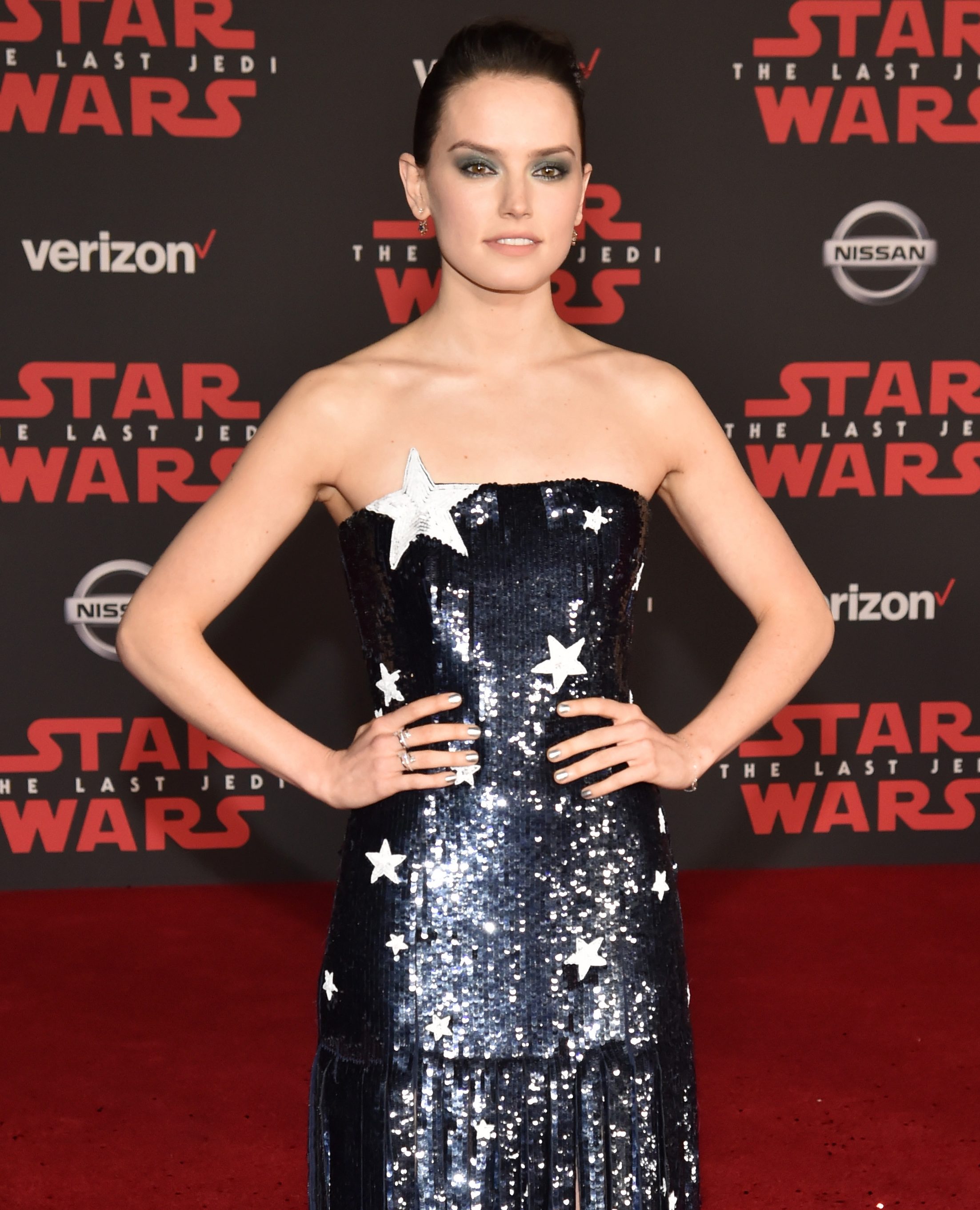 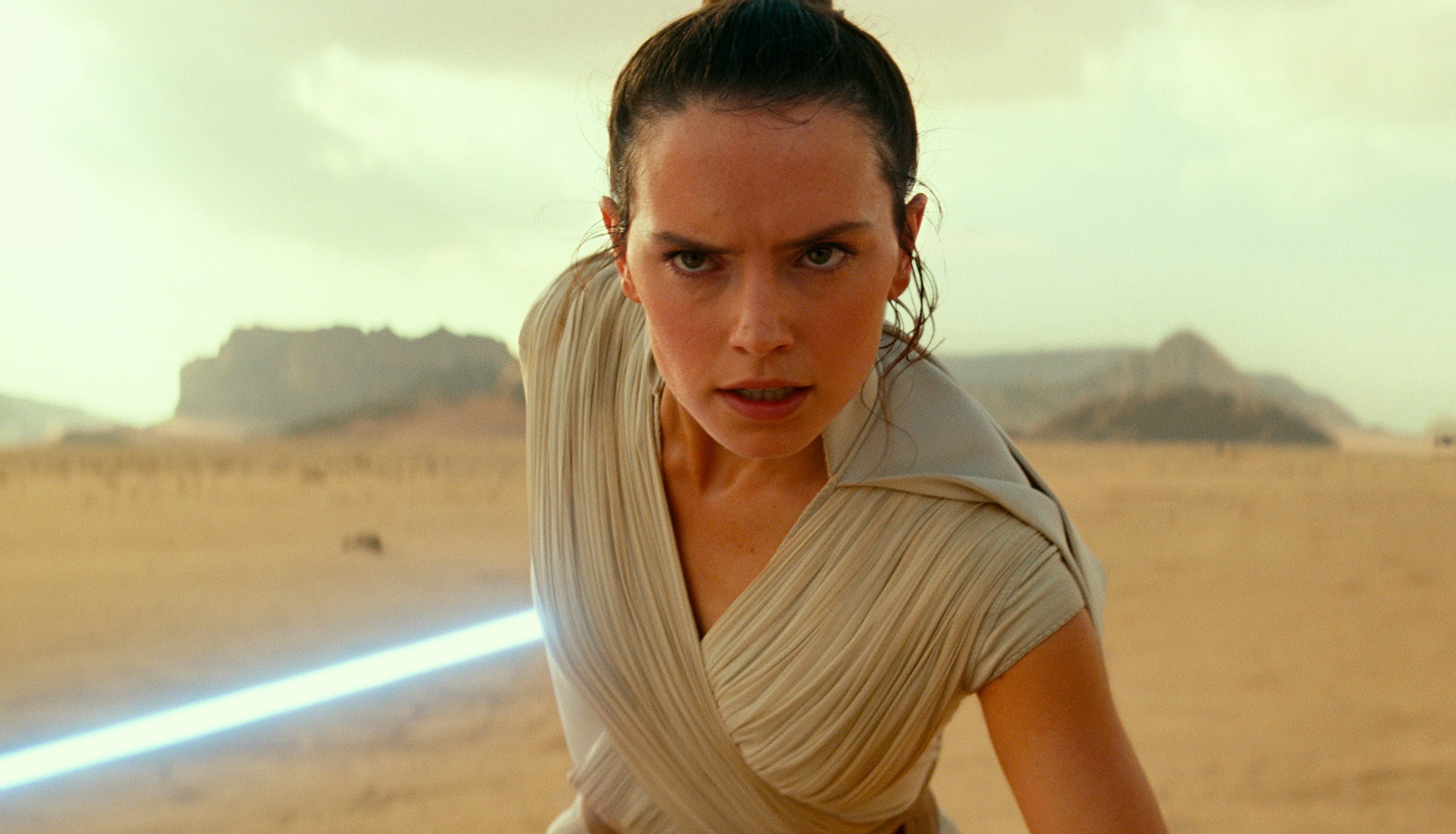 And while she loved her Star Wars experience, she admits she sometimes wonders what her life would be like if she hadn’t found stardom.

Daisy, 27, who grew up in London, said of her trauma: “I’ve had a couple of stalking incidents and absolutely nothing can prepare you for the absolute fear you feel.

“The first one was in New York a couple of years back when this really big guy followed me back to my hotel late at night.

“I didn’t know if he was just an obsessive fan or somebody with bad intentions, but any girl is going to be freaked out. 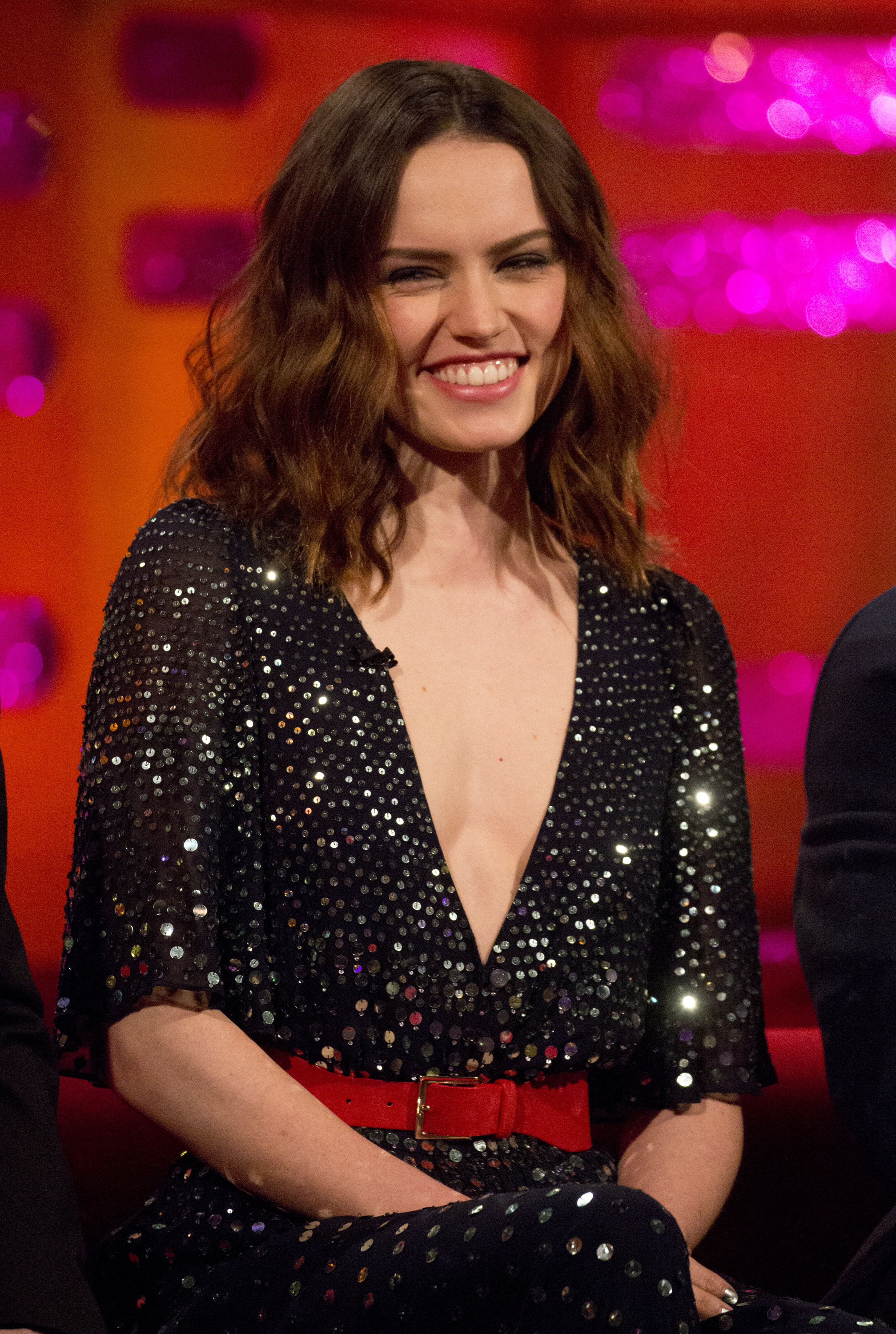 “I started screaming and he ran away. But I can remember the utter fear that came over me.

"I had have to have some therapy after that, it really scared me.

“I wouldn’t change my Star Wars experience for the world, but you do wonder, ‘Would this have happened if I wasn’t in the films?’

“Star Wars is the biggest franchise on the planet, and you know when you are a part of something so big that life is going to change. 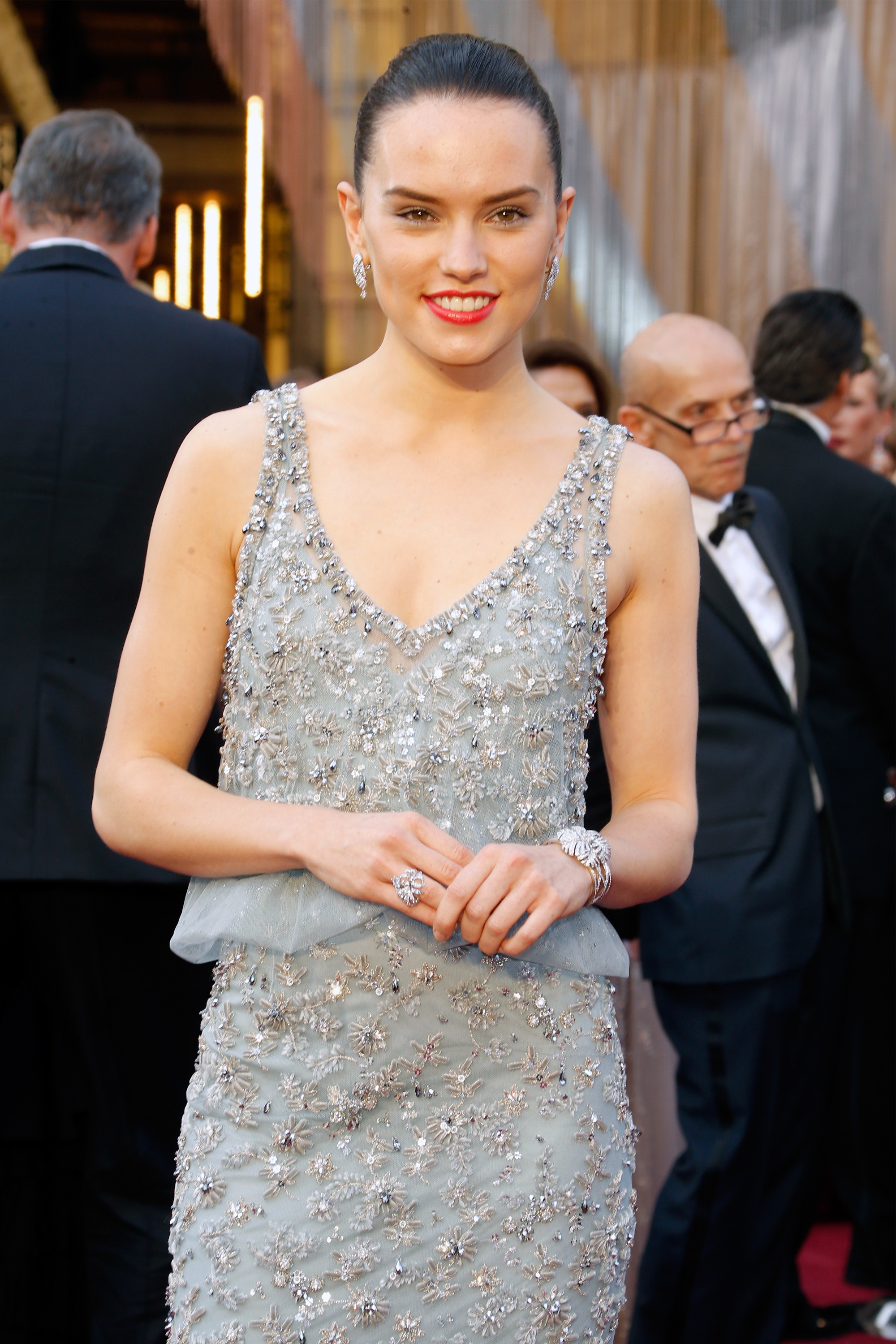 “You mentally prepare yourself that you aren’t going to be able to go out for dinner, to a bar or to the cinema like you used to.

“But there are certain things you can never prepare yourself for.

“Star Wars has changed my life for ever, but it hasn’t fundamentally changed who I am.

“You’ll still find me at home with a nice cup of tea and a box set. 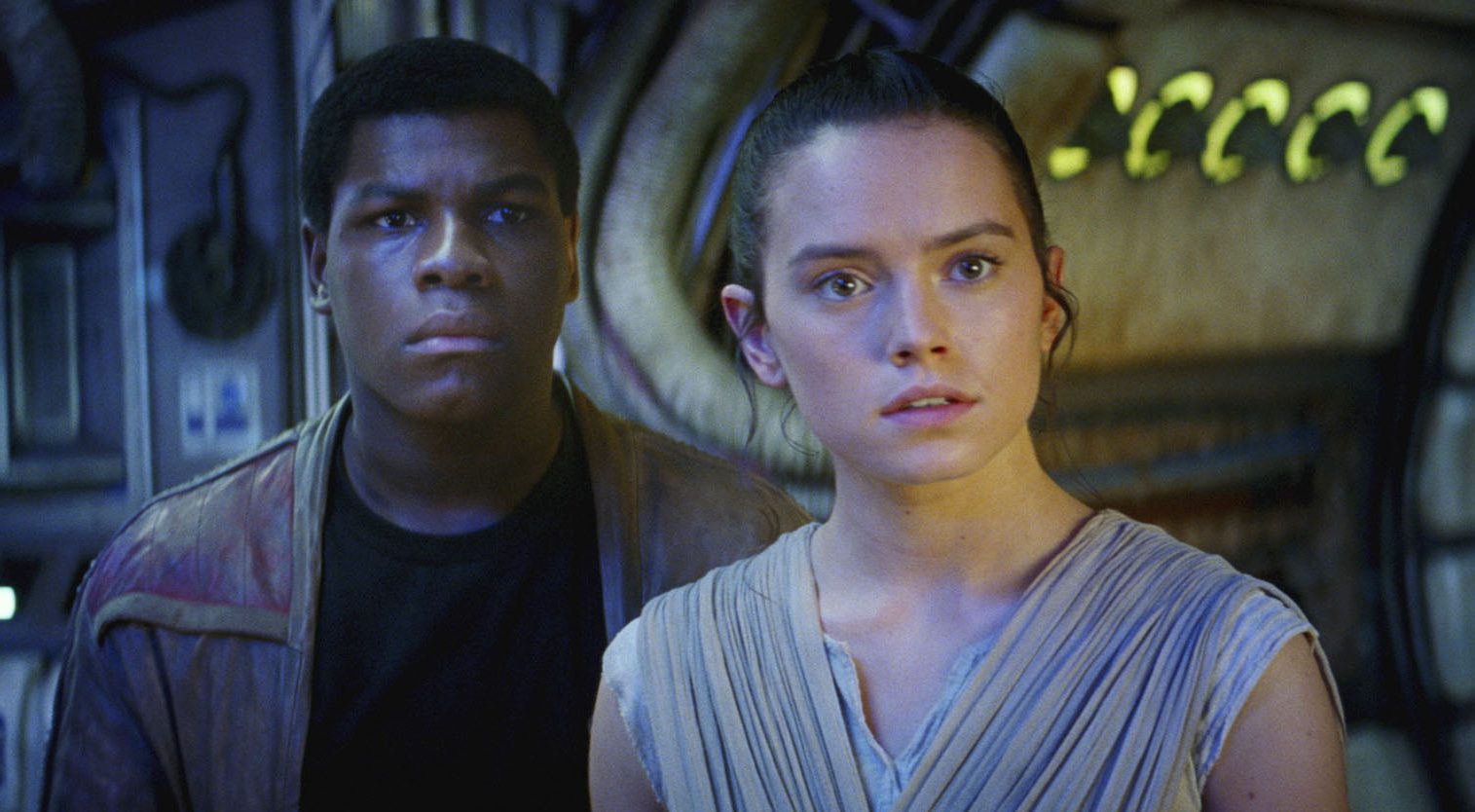 “What upsets me more than anything is how it has affected my family.

“We went to a wedding all together recently and a lot of the other guests were really rude to me.

“I was a guest, just like any other at a wedding. 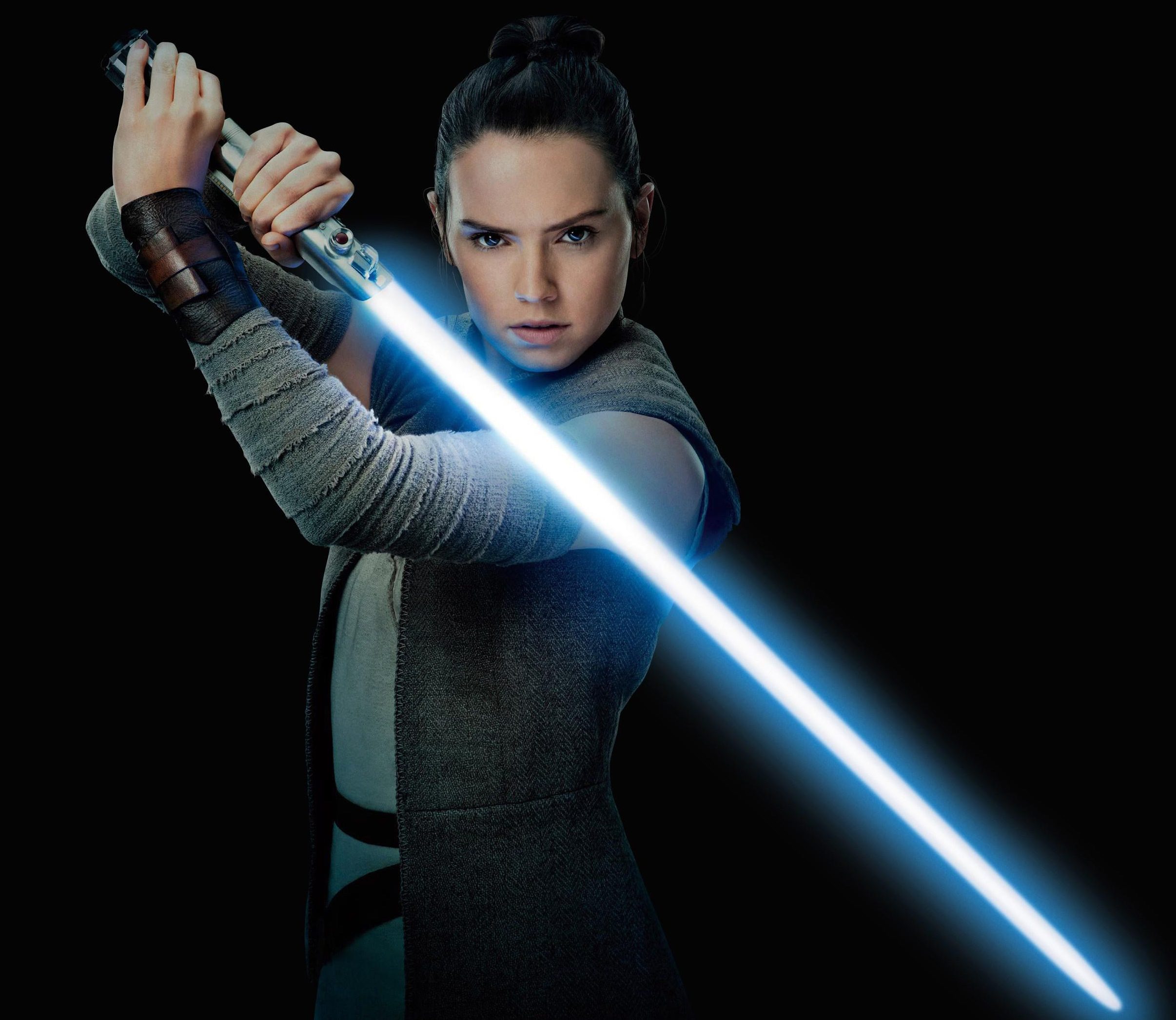 “When the attention on me starts to affect my family I get really upset.

“Carrie Fisher told me how much life would change and JJ Abrams, the director, told me that for fans, Star Wars is a religion.

“But nothing prepares you. You can see how being part of such a big franchise and your life changing overnight can send people off the rails.

“But I honestly don’t worry about that, as I am so boring.” 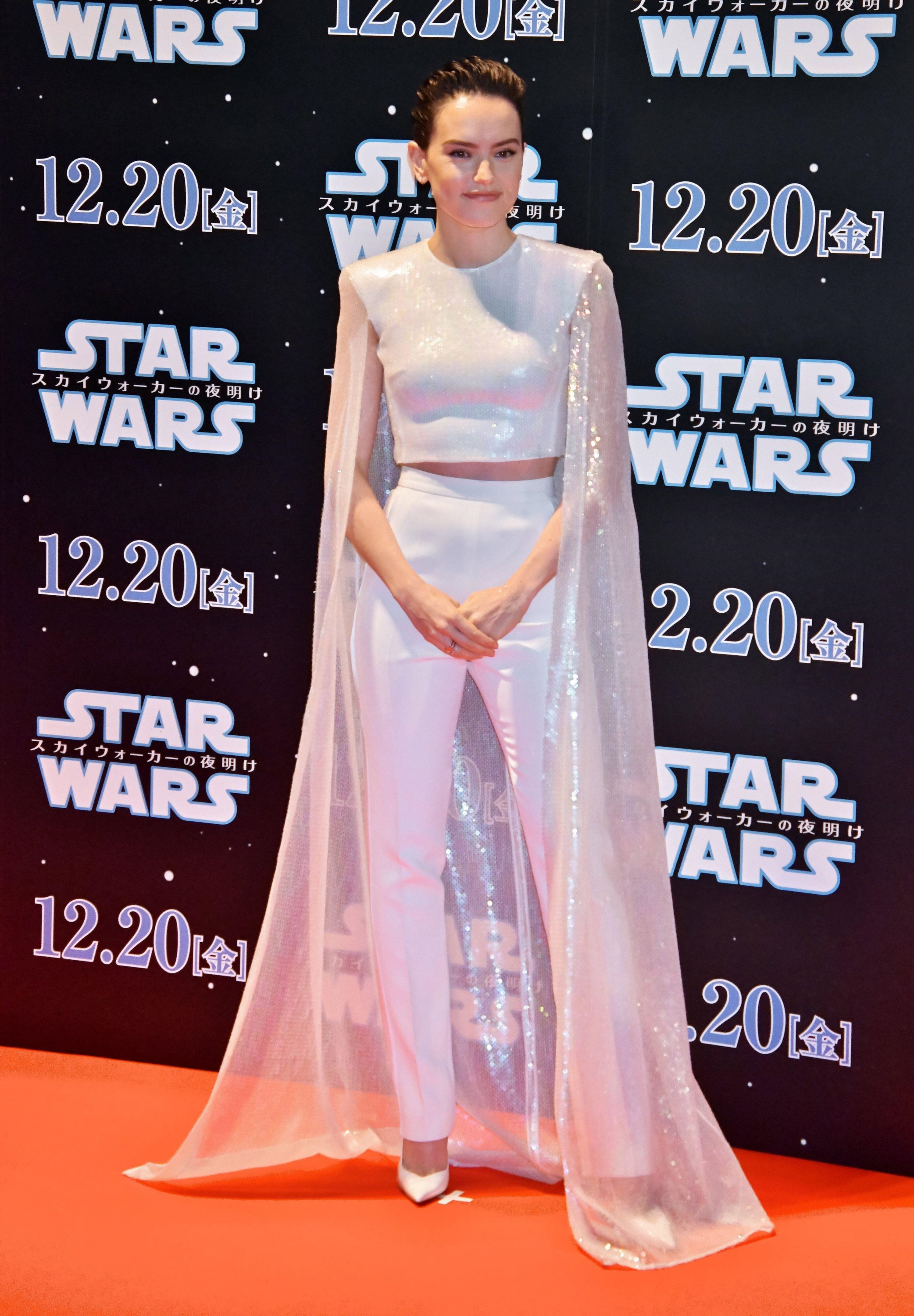 Daisy was working part-time as a barmaid when she was selected by Abrams to join the film series reboot The Force Awakens in 2015, then the franchise’s 2017 film The Last Jedi.

The role transformed her from a relative unknown to the toast of Hollywood.

Next year will see Daisy — who is engaged to actor Tom Bateman — star in the second Peter Rabbit film as well as in sci-fi adventure Chaos Walking, alongside Spider-Man’s Tom Holland.

As the space saga’s “sequel trilogy” comes to a close with The Rise Of Skywalker, Daisy admitted she was overcome with emotion as she filmed her final scenes as Rey. 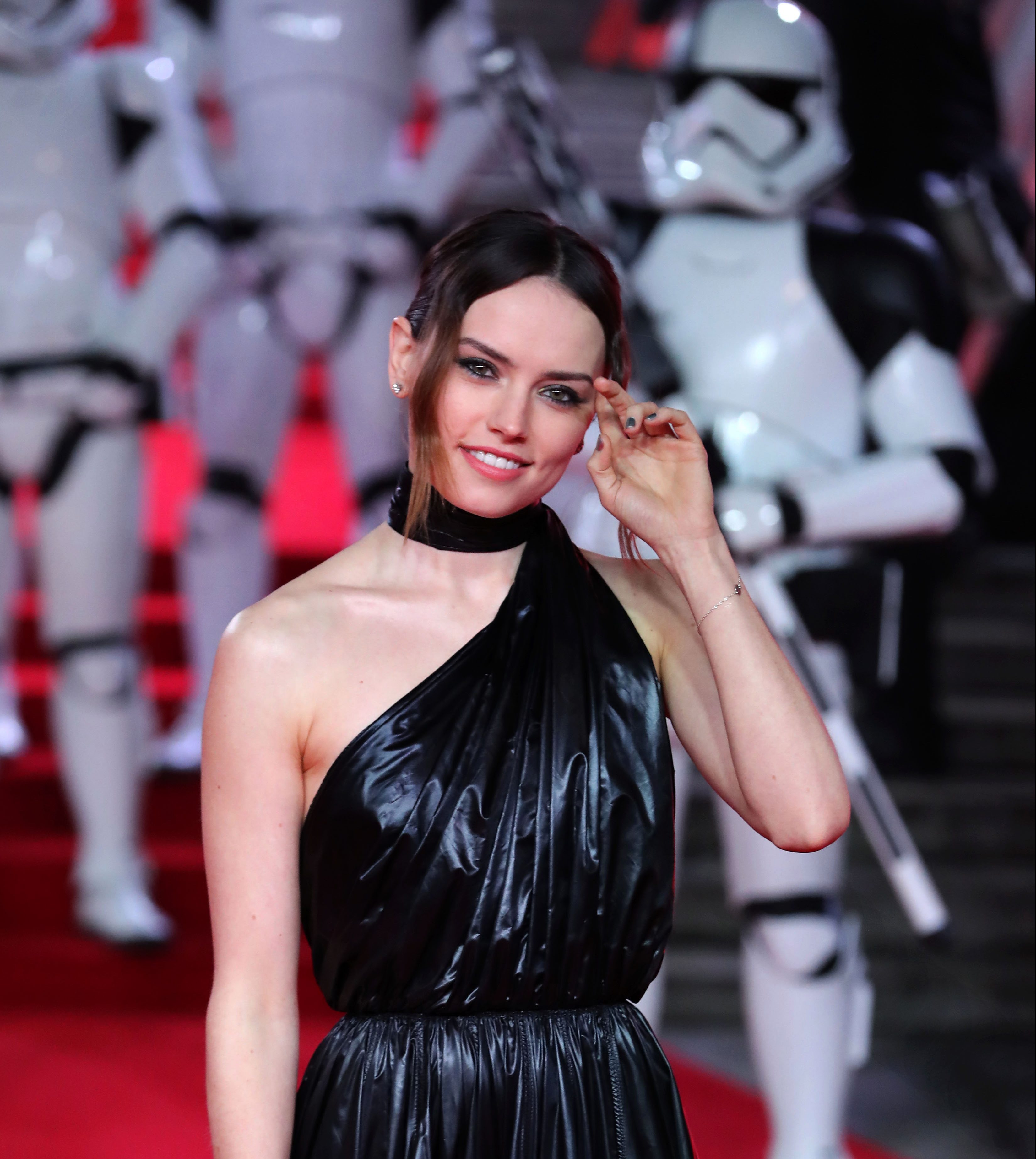 She said: “The last day of filming felt like a blur. I had just filmed my final shot and the mic was being passed around and everybody said something.

“I can’t even remember what I said. Next thing I am in a car being driven away with tears rolling down my face.

“It just hit me that it’s all over, and I broke down with emotion.

“Is Star Wars over for Rey? It is, and it feels over. 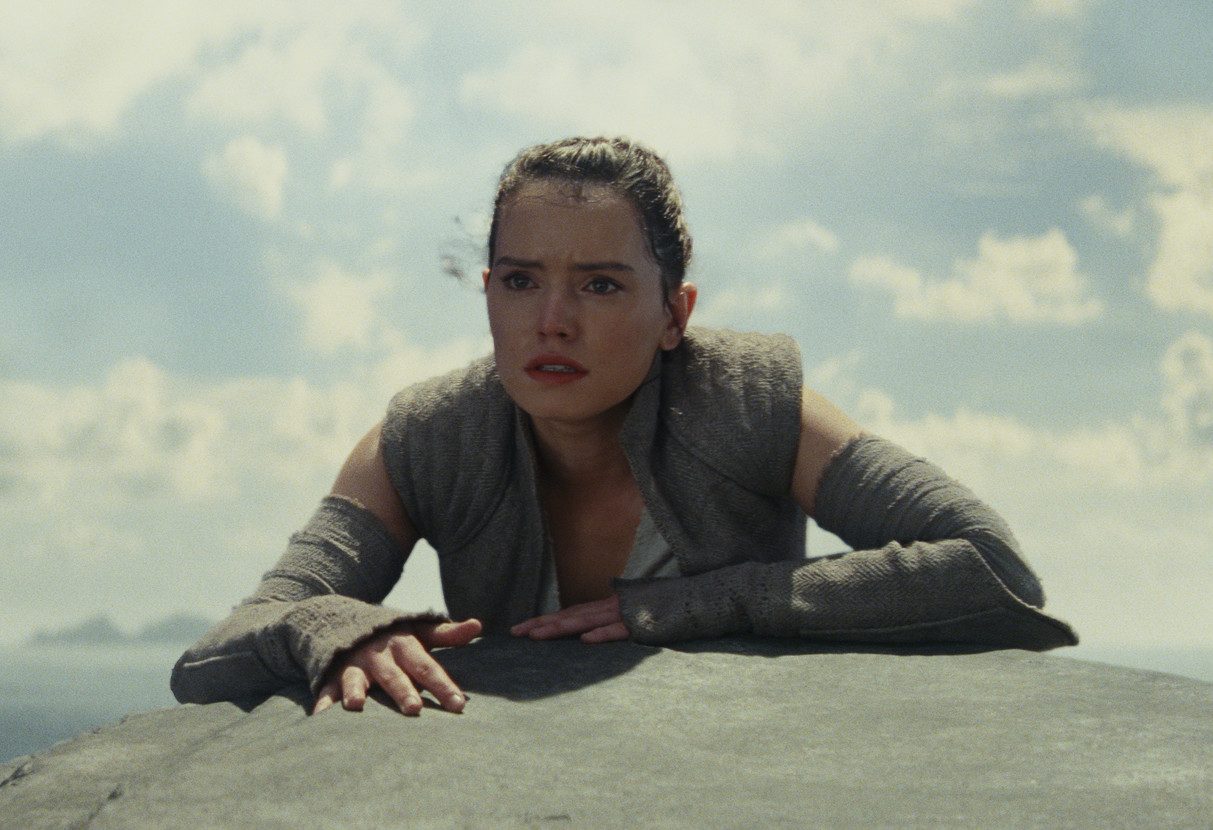 “I don’t think anybody could give me a better story than I have had with these three films.

“It feels like the perfect time to move on. This is the final part of this seg­ment in the Star Wars saga.

“With that in mind, fans are going to want answers, and I think it ties things up nicely for them.

“I honestly think we have one of the most epic fights in Star Wars history, so get ready for that.”

The previous two instalments of the epic sci-fi series have seen Rey become an icon for young girls.

And Daisy went on to reveal that those young fans — who dress up as the Jakku scavenger — give her “wow” moments every time she sees them.

She said: “Rey is so strong, and someone that girls can look up to and they don’t have to show off their bodies — they can wear trousers.

“Every time I see a young girl dressed as Rey it just melts my heart, I can’t see it enough.”

Posted by mediaadmin at 7:08 PM