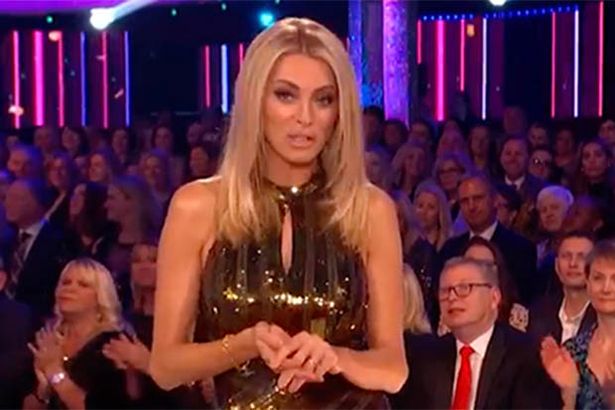 As finalist Kelvin Fletcher was gearing up for his showdance with partner Oti Mabuse on the show tonight, Tess suffered an awkward slip of the tongue.

Instead of introducing the former Emmerdale star by his name, the blonde bombshell accidentally called him "Kevin".

Fans were in meltdown over the error as they went online to giggle about it. While another quipped: "Knew Kevin would sneak his way into the final some how," clearly referring to last year's winner Kevin Clifton.

Posted by mediaadmin at 2:06 PM