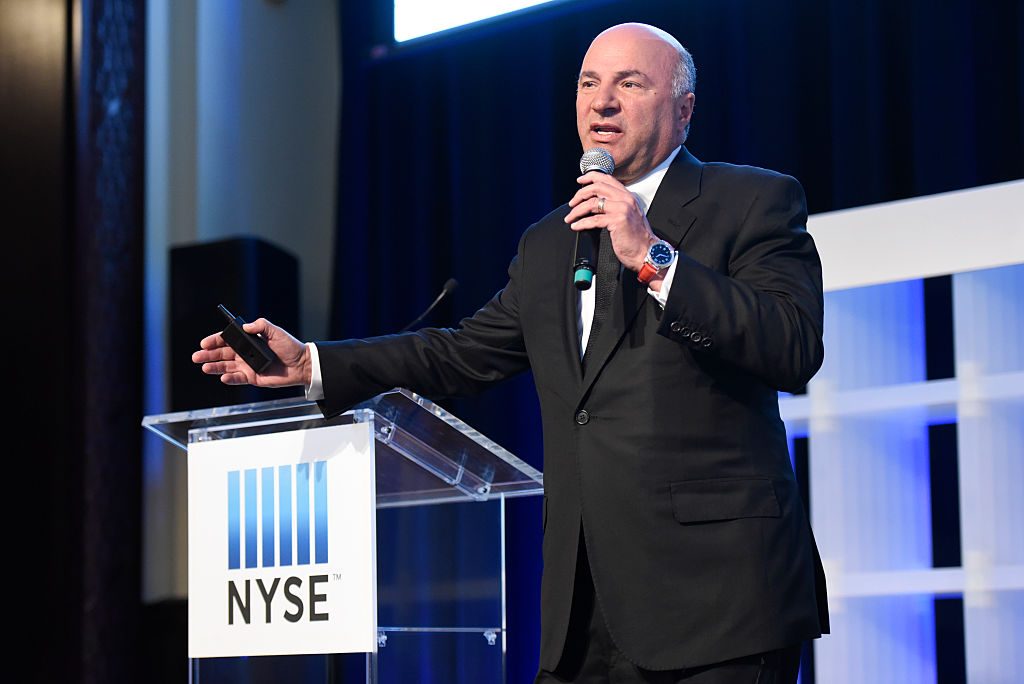 Kevin O’Leary of ABC’s Shark Tank is known for his harsh demeanor and tough truth-telling skills when he considers an idea to be a flop. When aspiring entrepreneurs come on to the ABC hit reality show to present their product or service, they often share their personal stories of what brought them to their moment in the tank. Sometimes contestants are emotional when describing their journeys, even being moved to tears.

While O’Leary – ironically known as ‘Mr. Wonderful’ – will often listen quietly while a potential business partner gets misty through their account of their history, he has some thoughts on the act of crying during a pitch.

O’Leary has established himself as a business icon. According to Inc., he spearheaded the company Softkey Software Products from his basement in 1983 and sold it in 1999 to Mattel Toy Company for $3.7 billion. He went on to launch a host of other successful businesses including O’Leary Funds, O’Leary Fine Wines and the O’Leary Financial Group.

The Shark Tank star makes no bones about what is required in being an entrepreneur. He has previously shared details on his own journey toward success, and what he personally missed out on along the way.

“Entrepreneurship is a personal sacrifice for a long period of time,” O’Leary said last year, according to The New York Times Magazine. “I never saw my kids grow up — they just went from zero to teenagers when I was traveling the world selling software, and yet today they enjoy certain freedoms that I could never have afforded had I not been successful.”

I’ve had many more great failures in my life than I’ve had great successes. And any entrepreneur who tries to convince you otherwise is lying! The path to success isn’t a steady uphill ride. You’re going to fuck up. Dozens of times. This is part of the journey and you’d better figure out how to love it, and learn from it. To fail is the most important lesson you’ll ever experience. The highest college tuition in the country can’t buy you that kind of education. Embrace failure, get over it, and do better next time. . . . . . . #sharktank #motivation #entrepreneur #entrepreneurlife #inspirationalquotes #motivationalquotes #financialfreedom #finance #smallbusiness #smallbiz

There’s no crying in business

While he’s actually gotten watery-eyed at hearing some tough roads that contestants have had to travel, the shark known as Mr. Wonderful sees no benefit in crying during a pitch for an investment.

“Tears buy you nothing. At the end of the day, the market is a brutal place. Nobody cares that you had a little dog when you were in high school that you fell in love with. Nobody gives a [expletive],” O’Leary said. “You’re now in the real world, competing with people in Mumbai and Shanghai and Hong Kong who want to eat your lunch.”

When asked if he’s ever felt bad about harshly turning down an entrepreneur, using phrases like his trademark ‘take it behind the barn and shoot it’ regarding an idea, O’Leary apparently has no regrets. “Never. Business is so binary: Either you make money or you lose it,” he explained. “It’s so disingenuous to say to an entrepreneur, ‘I won’t write you a check, but you should keep going.’ I would rather say — and I do — ‘This has no merit; you’re going to lose all your money.’”

The whole truth and nothing but the truth

The millionaire investor views his sometimes brutal delivery as presenting necessary truth which will help aspiring entrepreneurs avoid wasting time and money. “If you’re doing something that’s going to go bankrupt, why not deal with it now, and start something else that maybe will be successful?” O’Leary told NBC News Better.  “In money, it’s just black and white. Either you make it, or you lose it. So you might as well deal with the truth right from the get-go.”

#ASKMRWONDERFUL It's that time again. I just posted a new video with answers to some of my favorite fan questions –> link in bio

O’Leary is never worried about hurt feelings – not when it comes to money. “I don’t care if they cry about it. I’m still giving them really good information,” he said. “All the other sharks are trying to keep their feelings inside. I don’t care about your feelings, I care about your money. The truth is what matters in business. Yes, you have to take it behind the barn and shoot it.”

The Shark Tank panelist reiterated this sentiment in the NYT Magazine interview, clearly considering his ‘tough love’ as more productive than the sensitivity sometimes shown by his fellow sharks. “I’m the only shark that tells the truth,” O’Leary said. “The others make themselves feel better by lying to these poor people who are going to lose all their money.”

Posted by mediaadmin at 8:08 AM