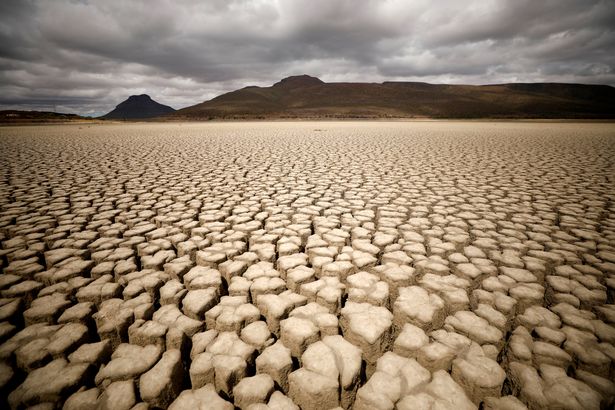 Starvation is threatening the lives of 11 million people in Southern Africa due to a “unprecendented” drought – a ticking timebomb fuelled by the climate crisis, experts have warned.

The region has been hit by a combination of low rainfall and high temperatures leading to widespread food shortages.

Southern Africa has received normal rainfall in just one of the past five growing seasons, which particularly hits the small-scale farmers who depend on rain for their crops

Cattle, sheep, goats and other livestock are dying a slow painful death also caused by hunger and streams and rivers have dried up leaving communities struggling for water.

The prolonged drought has been further compounded by the effect of previous dry years when delayed rains were responsible for a 78 per cent reduction in maize production.

Food security has also severely impacted in Zimbabwe and Mozambique where two cyclones wiped out crops earlier this year.

Now the International Federation of Red Cross and Red Crescent Societies has issued an appeal for 7.7 million Swiss francs (£5,952,000) and calling for immediate action after warning the situation is set to worsen in early 2020 due to late or no rain in the region.

“This year’s drought is unprecedented, causing food shortages on a scale we have never seen here before,” said Dr Michael Charles, head of the IFRC’s Southern Africa cluster.

“We are seeing people going two to three days without food, entire herds of livestock wiped out by drought and small-scale farmers with no means to earn money to tide them over a lean season.”

Manthaliseng Kahlalo, a 74-year-old chief in the village of Mantamo, near Mafeteng, Lesotho, said: “This drought is one of the most extreme I have ever seen.

“The reliable water sources from the mountains have dried up, as have as the same dam in the village.

“There is no alternative except buying from the shops but the prices have doubled this year.” The drought has also slowed the region’s biggest tourist attraction – Victoria Falls – into a trickle.

While the waterfall typically slows down during the dry season, officials said this year had brought an unprecedented decline in water levels

Dr Charles addded. “As a humanitarian collective, we must take immediate action to respond to millions who face imminent starvation.

"Even more importantly, it is our responsibility to strengthen communities’ resilience and ability to adapt to the current challenges. Otherwise, we will never end hunger in the region.”

Posted by mediaadmin at 4:37 PM